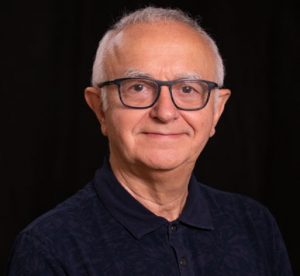 Dr. Jacek Zurada, Professor of Electrical and Computer Engineering was inducted to the IEEE Hall of Honor for his accomplishments in globalization and educational activities. Dr. Zurada served as its Vice-President and has been elected to numerous leadership positions in publications, products and governance. With over 350,000 members, IEEE is the world’s largest organization of technology professionals. It focuses on promoting progress in electronics, communications, computer science and related fields. It publishes over 200 leading journals, runs over 1,000 conferences and develops leading technology standards. While it’s US-based, about half of its members are international.
Zurada said it is a great honor to be recognized as one of the three IEEE inductees this year among the thousands of volunteers who contribute to the advancement and success of this prominent organization.”I feel especially happy about it because this recognition adds international and national visibility to the university and Speed School of Engineering,” he said.

Dr. Jacek Zurada has also been named 2020 IEEE Technical Activities Board (TAB) Hall of Honor Awardee. He has served IEEE in a variety of roles from 2003 to 2018, as Chair of TAB, TAB Periodicals, TAB PRAC, and Society President, as well as Editor-in-Chief of IEEE Transactions NN, and TAB Representative to MGA.