Speed School Alumnae Honored for Her Work in Manufacturing Field 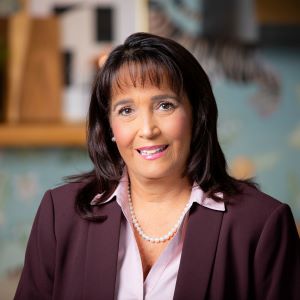 When Lisa Skidmore was preparing to enter Speed School of Engineering, women were so rare in the field that one of her father’s friends misunderstood and asked if she was going to learn to drive a train. Fortunately, over her 29-year career in manufacturing, times have changed for women in engineering and Lisa Skidmore has spent those years championing women in the field. Her dedication was recently recognized by the Manufacturing Institute with a Science, Technology, Engineering and Production (STEP) Ahead Award.

The STEP Ahead Awards recognize women in science, technology, engineering and production careers who exemplify leadership within their companies. This national honor identifies top talent in the manufacturing industry and further encourages award winners to mentor and support the next generation of female talent to pursue modern manufacturing careers.

Currently Senior Director, Advanced Quality Engineering at GE Appliances, a Haier Company, Skidmore was nominated by her company for the award. Skidmore said she was not expecting the accolade, but is pleased to be one of the 100 women the Manufacturing Institute recognizes annually for their contributions to manufacturing. “I was humbled to be honored with a number of outstanding women, many of whom I have admired,” she said.

Skidmore received her Bachelor’s and Master’s degrees in Mechanical Engineering (ME) (1989, 1996) from Speed School, where she was one of only three women in the ME program. She completed her graduate degree while simultaneously completing an MBA from Bellarmine, a challenge she admits, “was tough, but worth it.”

Skidmore has held a variety of roles in engineering, operations and quality management, including 15 years with Ford Motor Company. Early in her career with GE Appliances, Lisa was instrumental in setting the long-term vision for quality products, which translated to improved customer satisfaction for the GE Appliances.

A high school science class with a guest speaker from Ford Motor Company set Skidmore on the path to a career in manufacturing, and she’s never strayed from that road since. “One thing that is gratifying about manufacturing is being part of that process to bring those products to life, seeing how we make lives easier and bring those comforts to each other on a day to day basis,” she said. “I’m never bored. There is always something else to work on and tackle.”

Skidmore said Speed School provides the opportunity to explore what you like – and don’t like – about engineering through internships. “I did one co-op in research and development and one in manufacturing. I’ve worked in a number of industries in manufacturing now, and I’ve loved it because every day it is new issues, new problems, she said. “I got that foundation of problem solving from Speed.” For Skidmore, getting to travel early in her career through her co-op and the experience of meeting industry professionals was also something she appreciated. As a bonus, at her first co-op, Skidmore also met her husband of 27 years.

As a strong role model for the next generation of females in manufacturing, Skidmore leads a GE Appliances’ Women’s Network Operations group that connects female leaders in the organization to early- and mid-career women to provide guidance, development and support. A member of the Board of Directors of Women in Manufacturing, Skidmore supports the recruitment and advancement of women in the industry.

“I am glad to be able to influence things on a national level,” she said. “While there are far more women in the engineering field now, it’s still not as many as I would hope. This is near and dear to my heart. How do we get women exposed to the opportunities in manufacturing? I don’t believe women face the same negative bias there once was. Now it is, ‘What can I do to support you’ versus ‘You don’t belong,’” she said.

In the appliance world, women are the primary consumers and their buying power means it makes sense for them to have a seat at the table to provide input and diversity of thought, said Skidmore. “We want those opinions about what consumers are looking for.”

Being born and raised in Louisville, Skidmore said she encourages Speed School as a great option for young women. “We do go out and talk to all the schools locally, and I tell them Speed School provides a very good education and prepares you to be a professional,” she said. “I’ve worked at three Fortune 50 companies and been well-equipped to be very successful at all those. Part of that reason was that foundation at Speed School.”

Skidmore, who has two daughters, one a high school senior and one an eighth-grader, was happy she was able to take her girls to Washington, D.C. with her as she was given her award. “They got to participate and see women from brand-recognized companies. As a family, I was happy to share that with my children,” she said.

“This award is something very important to me and it stands for things that have been important to me throughout my career, said Skidmore. “I want to make sure I am paving the path forward for mentoring younger people and offering them the same opportunities I needed to be exposed to in order to have the successful career I’ve had,” she said.