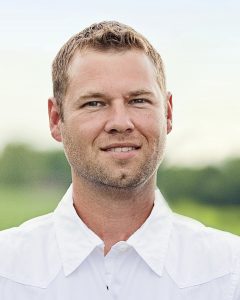 Rusty Crosier is currently working at MAC Construction & Excavating, Inc. located in New Albany, Indiana. He is Vice President of  Operations and an officer of the company.

Crosier earned his Bachelor of Science Degree in Civil Engineering in 2002 and his Master of Engineering degree in 2004. He is registered in the State of Kentucky as a Professional Engineer.

Crosier began working at MAC as a Project Manager in 2007.  One project completed was the Indiana Department of Transportation Project R-29086-A, State Road 62. This $2.5 million project consisted of intersection improvements with added turn lanes on SR 62 & Brook Road. He also over saw a $17 million project of superstructure repairs to the Kennedy Bridge for the Kentucky Transportation Cabinet.

Before coming to MAC, Crosier managed numerous bridge projects throughout Indiana and Kentucky including rehabilitation of the Cannelton, Indiana Bridge over the Ohio River and the Cataract Reservoir in Owen Co., Indiana.

He lives in Elizabeth, Indiana with his wife Lacy and their three children Austin, Hadley and Brayden. Crosier enjoys volunteering and coaching children in soccer and basketball at the YMCA in Harrison Co., Indiana. He also volunteers with the Destination Imagination Group, a non-profit, volunteer-led organization which inspires and equips children to become the next generation of innovators and leaders.