Adaptive Partnership for the Robotic Treatment of Autism

The project focuses on treating cognitive impairments in children with ASD by using social robots Zeno, Milo and Nao. The clinical hypothesis is that motor developmental problems, including imitation, are present and can be used in identification and treatment of ASD. The technological hypothesis is that a child-like robot with adaptive behavior can motivate children with ASD to engage in motor activities based on emotion. The robot motor cortex will adapt appropriate emotional responses and motion performance in the robot in response to the subject. The clinical hypothesis is that interaction can then be used as a vehicle for ASD evaluation, sensory-motor improvements, and learning of social skills. An investigation under IRB using approximately 100 human subjects, including ASD children age 8-12, will be conducted during our four-year project. Some of the children will also suffer from epilepsy, as links between autism and childhood epilepsy have been established.

A new ASD robot with real-time control, data acquisition and machine learning will be created in collaboration with Robokind, Inc. and National Instruments.

Learn more about the project. 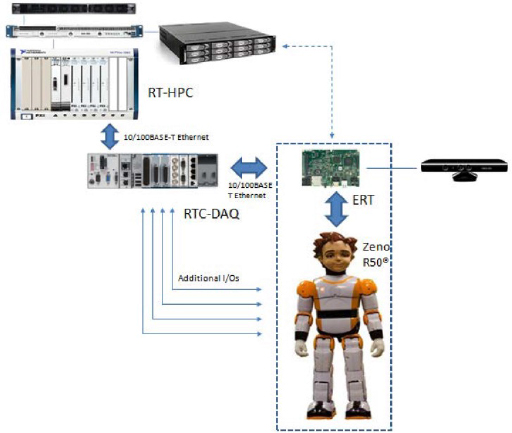