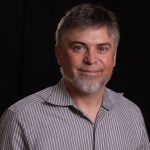 Dan O. Popa (Senior Member, IEEE) received a B.A. degree in engineering, mathematics, and computer science and the M.S. degree in engineering from Dartmouth College, Hanover, NH, USA, in 1993 and 1994, respectively, and the Ph.D. degree from Rensselaer Polytechnic Institute (RPI) in 1998, with a focus on motion planning for nonholonomic robots. In 1998, he joined the Center for Automation Technologies at RPI, as a Senior Research Scientist. In 2004, he became an Assistant and then an Associate Professor of Electrical Engineering at the University of Texas at Arlington until 2015. Since 2016, he has been the Vogt Endowed Chair in Advanced Manufacturing and a Professor of Electrical and Computer Engineering at the University of Louisville. He is currently the Director of the Louisville Automation and Robotics Research Institute (LARRI) and the Head of the Next Generation Research Group (NGS) conducting research in two main areas: 1) the design, characterization, modeling, and control of microactuators and precision robots and 2) social and physical human–robot interaction through adaptive interfaces and robot skins. Dr. Popa is the recipient of several prestigious awards and the author of over 250 peer reviewed conference and journal articles in IEEE and ASME publications. 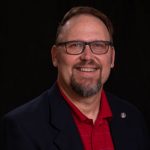 Thomas Roussel, Jr. received the B.A. in Chemistry from the University of New Orleans in 1993, the B.S. and M.S. in Biomedical Engineering from Louisiana Tech University in 1997 and 2001, respectively, and the Ph. D. in Mechanical Engineering from the University of Louisville in 2014. After 14 years as a research engineer working in the labs of Prof. Rob Keynton (UofL Bioengineering) and Prof. Rick Baldwin (UofL Chemistry), he accepted a Term Assistant Professor in the Bioengineering Department at UofL in June 2014. Dr. Roussel’s research interests include FEA and CFD, microfabricated/COTS sensor technologies, and custom instrumentation, all in support of the development of analytical techniques for environmental studies, orthopedic and rehabilitation platforms, as well as biomedical diagnostic applications. 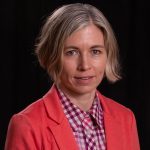 Cindy Harnett is an associate professor in Electrical and Computer Eng. She came to U of L in 2006, was previously at Sandia National Laboratories (CA) for four years, before that was a postdoc/Ph.D. student in the Applied and Engineering Physics program at Cornell University. 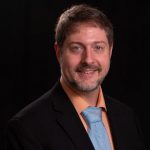 Adrian Lauf is an assistant professor in the Computer Engineering and Computer Science department at the University of Louisville’s J. B. Speed School of Engineering in Louisville, KY. He completed his Ph.D. in Electrical Engineering at Vanderbilt University, Nashville, TN in 2010, under the direction of William Robinson. Dr. Lauf’s research work seeks to integrate emerging embedded computing, networking and security applications with airborne robotics. Such work includes using fault-tolerant distributed behaviors and networking for Mobile Ad-hoc Network (MANET) aircraft arrangements to be used in aerial assessments, as well as the application of image processing and computer vision to equip smaller micro unmanned air vehicles with the ability to fly autonomously in indoor environments. He is the director of the Aerial Robotics Lab at the University of Louisville and is the chair of the IEEE Louisville section. 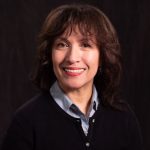 Dr. Olfa Nasraoui is a Professor of Computer Engineering and Computer Science, Endowed Chair of E-commerce and the founding director of the Knowledge Discovery & Web Mining Lab at University of Louisville. She received her Ph.D in Computer Engineering and Computer Science from the University of Missouri-Columbia. She has conducted research in machine learning and data science, in particular mining high dimensional, heterogeneous data streams, web mining and recommender systems, and currently focuses on research in fairness and explainability in AI and machine learning algorithms such as Deep Learning. She has more than 200 publications in journals, book chapters and refereed conferences, as well as 12 edited volumes. She is a National Science Foundation CAREER award winner and twice winner of Best Paper Awards in the research area of data mining and machine learning. In the area of AI, Big data, data mining and machine learning, she has served as Primary Investigator for over 10 research grant projects and as Co-PI on 6 research grant projects, funded mainly by the National Science Foundation, NASA and KSEF as a PI, and by industry or the university as a Co-PI.  Dr. Nasraoui leads as PI the NSF funded ATHENA ADVANCE initiative for STEM faculty equity at University of Louisville. She has also been leading an NSF site for Research Experiences for Teachers in Big Data and Data Science since 2018. She served as leader of the Cyber-enabled Discovery Research and Scholarship group at the Speed School of Engineering at University of Louisville between 2015 and 2019. She has served as Technical Mentor and Project Lead at the Data Science for Social Good fellowship at the University of Chicago in the 2015 summer cohort. Dr. Nasraoui has served on the organizing and program committees of several conferences and workshops, including organizing the premier series of workshops on Web Mining, WebKDD 2004-2008, as part of the ACM KDD conference. She has also served as Program Committee, Vice-Chair, Track Chair, or Senior Program Committee member for several of the most prestigious international AI and data mining conferences including KDD, RecSys, AAAI, IJCAI, ICDM, SDM, and CIKM. She serves on the Editorial board of the International Journal of Machine Learning and Computing as well as the journal of Applied Intelligence. She has also served as Associate Editor for the IEEE Access journal and guest editor for Data Mining and Knowledge Discovery. She is a member of IEEE, IEEE CIS, IEEE WIE, ACM, and ACM SIG-KDD. She currently serves on the leadership team of the Kentucky Girls STEM collaborative network and has previously served as faculty advisor of the University of Memphis chapter of the Society of Women Engineers.

Dr. Karla Conn Welch earned her undergraduate degree in Electrical and Computer Engineering from the University of Kentucky. Her MS degree in 2005 and PhD in 2009, are from the Electrical Engineering and Computer Science department at Vanderbilt University. At the start of 2010, she began as an Assistant Professor in the University of Louisville’s ECE department. She has been an Associate Professor in ECE since 2016. Her research has received support from agencies such as NSF, NASA, and the Louisville Downtown Development Corporation. 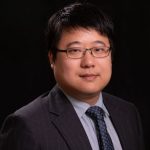 Tamer Inanc received his B.S. degree in Electrical Engineering from Dokuz Eylul University, Izmir, Turkey in 1991. He received his M.S. and Ph.D degrees in Electrical Engineering from Penn State University in 1994 and 2002, respectively. He was a postdoctoral scholar at Control and Dynamical Systems Department at Caltech, Pasadena, CA between 2002 and 2004. He became an Assistant Professor at Electrical and Computer Engineering Department at University of Louisville in 2004. He is currently Associate Professor at the same department. 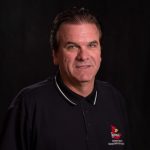 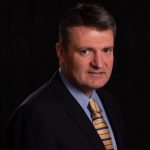 Dr. McIntyre is a native of Nelson County KY and received his B.S. and M. Eng degrees in 1997 and 2000, respectively, from the Department of Electrical and Computer Engineering, University of Louisville, Louisville KY. From 1995 to 1998, he was with Phillip Morris USA as a process controls engineer. He received a Ph. D. in 2006 from the Department of Electrical Engineering, Clemson University, Clemson SC. He was with General Electric as a senior electronic design engineer from 1998 to 2003 and then again from 2006 to 2007. He was the Kerr-Greulich Chair of Energy Systems at Western Kentucky University, Department of Engineering at the rank of Assistant Professor from 2007 to 2011. In August of 2011, he joined the Electrical and Computer Engineering Department at the University of Louisville, Louisville KY, as an Assistant Professor. He teaches courses in power electronics, and control systems, and does research in the area of electrical energy systems. 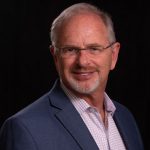 Kevin Walsh is the Associate Dean of Research, Graduate Studies, and Facilities for the Speed School of Engineering at the University of Louisville. He is also the Fife Endowed Professor of Electrical and Computer Engineering and the founder of the $30M 10,000 sq ft UofL Micro/NanoTechnology Center (MNTC). Prof. Walsh is the director of the KY Multiscale Advanced Manufacturing node (www.kymultiscale.net), which is part of the 16-site National Science Foundation National Nanotechnology Coordinated Infrastructure network (NSF NNCI). Dr. Walsh has published over 150 technical papers in the areas of micro/nanotechnology, sensors, semiconductors, microelectronics, and MEMS. His research group has received over $35M of external research funding from DoD, DOE, NSF, NASA, NIH and industry. Prof. Walsh has 12 awarded patents and is the co-founder of 4 technical start-up companies. Dr. Walsh has taught over 20 different courses, advised over 30 completed theses, and has twice been presented with the School’s top Research Award. In 2014, he was inducted into the National Academy of Inventors.