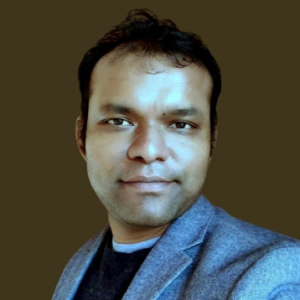 We want to congratulate Sri Sukanta Chowdhury on his new position with a LA- based start-up.  He will be working as a Senior Optical Design engineer, focusing on LIDAR development for autonomous vehicles. Dr. Chowdhury joined LARRI in September 2019 as a Post-doctoral Researcher. Sri completed his B.S. and M.S. degree in Applied Physics, Electronics & Communication Engineering from University of Chittagong, Bangladesh, in 2009 and 2010, respectively. He received his Ph.D. in Electrical Engineering from University of Louisville in 2019, where his research was primarily focused on the development of an extremely sensitive incoherent optical vibrometer, to study thermal vibration of polymer micro-nano structures. In addition, he was involved in the development and characterization of an optical intrusion alarm system, a non-contact pulse oximeter, composite polymer strain gauge and self-assembled polymer membranes.

As a post-doc for LARRI, Sri led the research for the National Science Foundation ‘Light-driven Microrobotics’ project where he contributed on design, simulation improvements, studying the micro-scale friction mechanism, conducting experiments, and optimizing laser beam delivery systems to improve control and steering mechanism of microrobots. We are grateful for Sri’s work and look forward to following his contributions in his next role.