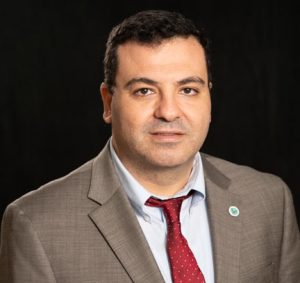 Speed School Bioengineering professor and chairman Dr. Ayman El-Baz has developed a non-invasive methodology for diagnosis of autism in children. Using MRI scans and artificial intelligence, the technology is able to identify malformations in the brain to detect autism within the first year of life, enabling earlier treatment.

In the initial pilot study, the professor was able to test over 1200 patients with a 94% diagnostic accuracy. This technology has been licensed to Autism Diagnostics, which has raised capital and is seeking Food and Drug Administration (FDA) approval. El-Baz said he expects the continuing research and FDA approval process to take between two to three years.

This research will be a game changer in the field of autism because it is giving researchers critical information about the correlation of abnormalities in the brain cortex and certain genome sequences.

El-Baz said that pinpointing the area of the brain that may experience abnormality means it is possible to determine what types of functions may be affected, and intervene at much earlier ages. Prior to El-Baz’s research, children have not really been able to be tested for autism until about 4 years of age, but this newly developed methodology can be used at any age, and takes only about 20 minutes to perform.

“The earlier we know, the better outcomes we may be able to effect, said El Baz. “If we know about abnormality around 6 months of age, before the patient loses functionality, we can recommend appropriate treatments early,” he said. “The advantage of this technology is that where the abnormalities are located in the brain is related to a determination of what brain function will be affected,” said El-Baz.

“For example, if it’s a memory area, we can start memory techniques early or a verbal area, we can start speech therapy early,” he said. “It will be very efficient – you will know right away what type of treatments you need, and we can give parents a list of specialists.”

Dr. Gregory Barnes, a pediatric neurologist and executive director of Norton Children’s Autism Center, affiliated with UofL Pediatrics said, “One of the things to understand about autism clinical treatment services is that they are limited and the expertise is even more limited than that.” Barnes is collaborating with El Baz on this autism research project.

The doctor said that Early Intensive Behavioral Intervention (EIBI) in the age range of 2-5 years can be particularly helpful because of what is known as “neuroplasticity” of the infant brain.  “What that means,” explained Barnes, “is that being able to intervene with some sort of treatment during that early age range, there is a greater likelihood of impacting the brain at that time.

“We can do two important things for those abnormal connections; one is make the structural anatomic connection better, and two is we believe treatment at an early age allows us to make those electrical connections work better, and the strength of synaptic communications is enhanced,” he said.

What can that mean for a young patient with autism? On an individual level, Dr. Barnes said one study suggested a difference in outcome at seven years old using standard treatment vs. EIBI could be as much as 20 IQ points. “Even at a very early age, IQ intervention alone is huge,” he said. “The difference between someone with an IQ of 40 who will need total care, and 60 or 65 IQ is that person can live with community supports, have a job, pay taxes and have a much happier outcome,” he said.

But this autism research can have ripple effects beyond the positive clinical outcomes of patients and their families affected by autism. “What we are doing in terms of early diagnosis of autism, and to understand how better to personalize treatment, has enormous potential for the health care system,” said Barnes. “If you can identify folks who are good candidates for EIBI, it potentially saves $1 million from age 3 to age 65,” he said. “In Kentucky, if all 50,000 individuals with autism had EIBI, it translates into healthcare savings of $250 billion over the next six decades.”

For Dr. Barnes, who has a 27-year old son with autism, the collaboration with Speed School and the Autism Center is both personally and professionally gratifying. “Of course I hope the things I’m researching benefit my son, but every physician also welcomes the ability to have more evidence-based and personalized treatment for all patients with autism,” he said.  “This is an important story to be told.”

With research like this autism study, how does El-Baz see it impacting Bioengineering research? “Integration of AI and medical information including imaging and clinical markers will lead to better diagnoses of diseases and brain disorders,” he said.