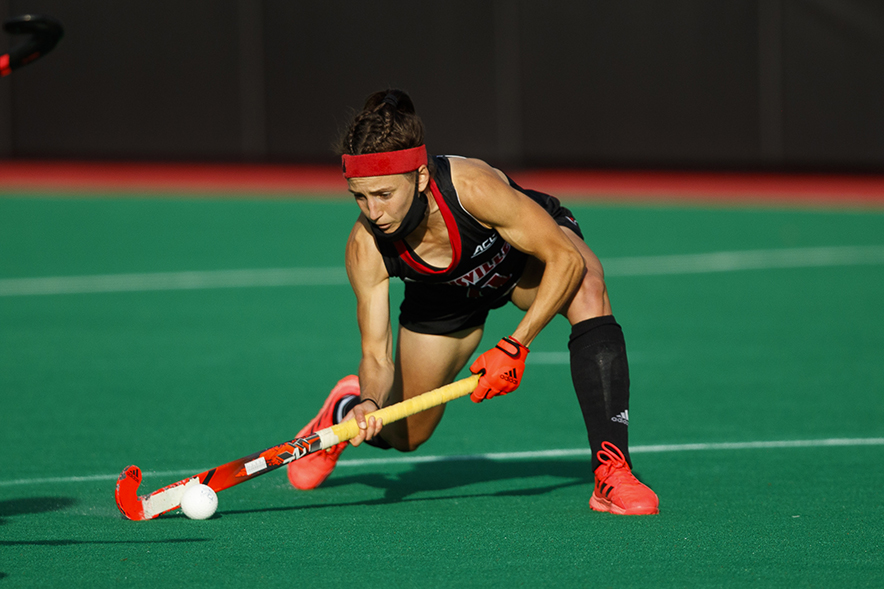 Mercedes Pastor discovered her first passion at only five years old when she learned the sport of field hockey in her native Argentina, something she has played ever since. The second came in high school in Buenos Aires where she attended technical school and learned electrical mechanics – learning to weld, build with wood, use CNC (computer numerical control, or automated control of machining tools using computers), even building actual cars.

After receiving a professional certification in electrical mechanics from her home country, Pastor took one year off from studying and participated in junior national team field hockey for Argentina, and then moved to Louisville as an Industrial Engineering major.

Pastor then realized her dream of finding a place where it was possible to pursue both her passions at once, and she found Speed School of Engineering.

Now a senior in industrial engineering, Pastor was one of four University of Louisville student-athletes recently named as a recipient of the 2021 Weaver-James-Corrigan Postgraduate Scholarship Award, announced by the Atlantic Coast Conference (ACC). The other UofL students were Makenli Forrest (track and field), Piper Roe (volleyball) and Nikolina Jovic (tennis).

Each recipient will receive $6,000 toward his or her graduate education. Those honored have performed with distinction in both the classroom and their respective sport, while demonstrating exemplary conduct in the community. Pastor said the award feels like a recognition of her hard work. “What is cool about it is I do put a lot of effort into both things,” said Pastor. “It feels great to know that people recognize that effort, and believe I’m worth it to give aid to continue to my master’s,” she said. 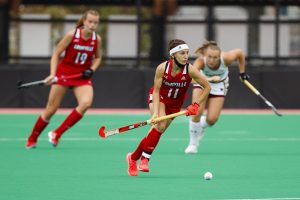 A senior midfielder/forward, Pastor currently leads the third-ranked Cardinals with 10 goals and 25 points. The Louisville’s team co-captain was instrumental in the Cardinals’ ACC fall regular season title, helping the Cardinals earn the No. 1 seed in the conference tournament for the first time in program history. Additionally, Pastor was named to the ACC All-Academic Team in 2018 and is a two-time ACC Academic Honor Roll member.

How does she manage her time and energy to be so successful in a rigorous academic program as well as a physically demanding sport like field hockey? “Because I love it,” said Pastor. “The most important thing is I am very passionate about both things, so to me it is not that much of struggle for energy and the extra hours,” she said. “I feel very motivated to do so.”

As an international student, Pastor said while it was difficult to leave her family and friends in Argentina, she felt welcomed from day one by the UofL campus. “My biggest fear was that I couldn’t talk well and it would be a communication struggle, but I found that everyone loves new accents,” she said.

“I loved how approachable the professors were, and once I got involved with the Hispanic Professional Engineers, and met a lot of people with Latin American backgrounds, it changed the game for me,” said Pastor. “It makes a difference to have people who know where you are coming from, and our culture united us,” she said. “A lot of Americans also wanted to learn from our culture, too.”

In fact, Pastor said her favorite part of Speed School has been the diversity she has experienced at UofL.

“It shocked me at the beginning, that there were really people from everywhere, with different backgrounds and upbringings,” she said. “Speed School is also small enough that you can meet everyone and have good relationships with professors, but big enough to still have the opportunity to collaborate.” 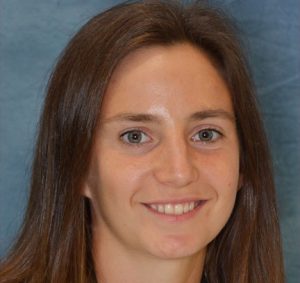 After Pastor graduates in August 2021 with a bachelor’s of science in Industrial Engineering, she plans to enroll to do her masters of engineering in Belgium, and play field hockey in Europe in fall of 2022. “I’m not totally sure what I will do right now, but I don’t think I am finished with studying engineering,” she said, “and I definitely want to continue playing until my body tells me to quit.”

Outside the academic and athletic worlds, Pastor’s early years taught her to be passionate about the environment in her community as well. She is working on an independent study focused on the sustainability impacts throughout the life cycle of components manufactured with additive manufacturing, and is part of the ACC sustainability group of student-athletes. This group meets monthly to discuss, collaborate, and share ideas and progress with each other. Pastor said the goal of the group is to “spread awareness across our teams and athletic departments about sustainability issues and the impact of our behaviors in the environment, societies and economies.

“In my mind, this is really the reason for engineering – to find solutions to problems that help everybody have a better quality of life,” she said. “I have been fortunate to have scholarship opportunities that not everyone has, so anything that I have the capability to do, I want to use the knowledge I gain to give back.”