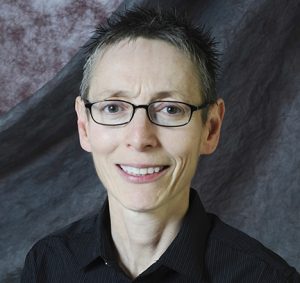 Nationally, child abuse is a public health epidemic with devastating consequences for young children. In 2017, there were 676,000 victims of child abuse and neglect in the United States including approximately 1700 deaths. Young children are especially vulnerable – 81% of these deaths occurred among children 0-3 years old. On a more regional level, for the second year in a row, Kentucky has the worst child abuse rate in the country. According to the U.S. Department of Health and Human Services Children’s Bureau, 23 out of every 1,000 Kentucky children suffered some type of abuse in 2018. For comparison, the national average is only 9.2.

With more than 90,000 emergency department visits in the U.S. annually for fractures in children age 0-5 years, it can be extremely difficult for providers to differentiate abuse-related fractures from those associated with an accident in these young children.

Bertocci is professor and endowed chair of biomechanics in the Department of Bioengineering. She came to University of Louisville from University of Pittsburgh in 2004, and frequent collaborator and colleague Pierce is an emergency medicine pediatrician with expertise in child abuse.

“Early identification of abuse in young children is absolutely critical,” said Bertocci. “What we don’t want is to have a child come into the Emergency Department (ED) with an abusive fracture and get sent back into an unsafe environment. In those cases, it often escalates into severe abuse with higher rates of mortality. It is essential that the concern for abuse be flagged the first time that child is seen in a medical setting,” she said.

“Receiving a NIH RO1 grant such as this is the holy grail of grants,” said Bertocci.

“We are excited that we now have the resources necessary to take this to the point where we are going to be able to translate our research into a clinically useful tool that can make a difference in clinical practice and how it’s carried out,” she said.

The goal of this four-year study is to further validate the fracture injury plausibility model,” said Bertocci. “If we can validate this model, it will likely end up being a clinical decision tool used in primary care or ED settings. Whenever we are able to provide these tools for clinicians, it takes away the subjectivity of determining accident or abuse,” she said.

The decision tool could be available fairly quickly after the validation period, said Bertocci. “Once we complete the study, collect and analyze data and finalize the model, we will present the model at various conferences, and it could be implemented in fairly short order.”

The model will be the first of its kind examining fractures in young children in order to help delineate between accident and abuse.

Since 1997, when Bertocci and Pierce met at the University of Pittsburgh, the engineer and physician have been working together with other experts to take a multi-disciplinary approach to investigate methods to delineate abuse from accidental child injuries using engineering and medical science.  For this current study, other UofL investigators will also play a role such as Dr. Angela Thompson, Associate Professor of Engineering Fundamentals at Speed School and one of Dr. Bertocci and Dr. Pierce’s first students.  “My key role will be to break down and describe fractures from an engineering perspective,” said Thompson. “How do we interpret the fracture findings given the history provided by the caregiver?”

Another investigator on the project is Dr. Karen Bertocci, Associate Professor in Bioengineering with an expertise in methodology. She said a large part of her role will be overseeing the data collection process at the three medical enrollment sites and performing quality control and quality analysis.

Dr. Doug Lorenz, a UofL biostatistician from the School of Public Health, will lead the data analysis. Dr. Sandy Herr, emergency medicine pediatrician and director of the emergency department at Norton Children’s Hospital, will be one of many on an expert panel that will review each of the thousand cases in the study to help determine accident or abuse. UofL research bioengineer Dr. Nathan Brown will be developing sophisticated computer models to simulate hypothetical falls. These will be used to train clinical coordinators enrolling patients in the study, as well as the expert panel, to help them understand the biomechanical compatibility between the injuries and the stated history of the incident.

An important aspect of the project not to be overlooked is that it goes beyond screening for abuse to prevent further harm “It’s also about making sure innocent families don’t have to go through abuse consults being reported to CPS, which is a highly stressful experience,” said Gina Bertocci.

Unfortunately, statistics have shown that those innocent families are disproportionately black and non-white. “In our pilot study, when we applied the fracture model, 78 percent of black children referred for an abuse consult should not have been referred,” she said.

Karen Bertocci said the disparities part of the work is very important, from its timeliness and from a funding perspective. “This aspect of the study certainly adds value, she said, “but especially in today’s environment. It is important to be addressing disparities in health care. One study cited that black children with accidental fractures were nine times more likely to undergo additional testing of the child to differentiate abuse from accident, and four times more likely to be reported to CPS,” said Bertocci. Dr. Tiffani Johnson, an Assistant Professor of Pediatric Emergency Medicine at the University of California – Davis, whose expertise is focused on the impact of healthcare inequities in young children, is leading the disparities component of the project.