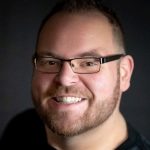 Under the leadership of Mayor Jeff Gahan, the City of New Albany is teaming up with University of Louisville Speed School to tackle a problematic traffic snarl. The city has been on the forefront of innovative traffic engineering projects to improve the safety and functionality of the city’s street system. New Albany’s next innovative project involves smoothing rush hour traffic flow along one of Southern Indiana’s busiest corridors – the current State Street – Interstate-265 interchange.

According to Larry Summers, the City Engineer for the city of New Albany for the last six years, “The State Street corridor is one of the busiest and hottest retail corridors in Southern Indiana. It sees 30,000 cars a day and backups go half a mile or more during peak hours,” he said.

Since Summers is also a PhD student in Civil Engineering at Speed School, he pursued a partnership with the school to see if together they could analyze and tackle this traffic jam problem. Now the two entities are working together on a solution. 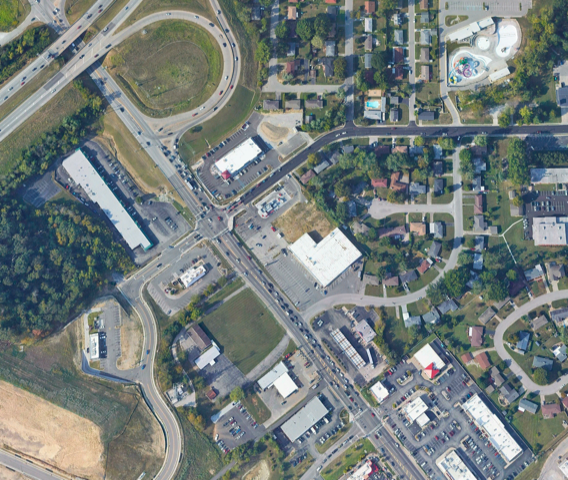 In July 2020, the New Albany Redevelopment Commission entered a partnership with the University of Louisville’s J.B. Speed School of Engineering to study the corridor for potential remedies to the problems. The 18-month contract is worth about $94,000. Summers said the price for the contract is well under what an engineering firm would likely charge the city for the study. He touted the opportunity to work with the University of Louisville as a great opportunity for New Albany and the engineering school.

“It adds some credence to some of the projects we’re looking at, some research potential, and it puts us on the cutting edge,” Summers said.

The State Street corridor is an important economic driver on both sides of the river.  “The real estate there is top dollar, and there is a lot of economic activity that happens there,” said Summers. “Most of the retail there are number one stores in their district,” he said.

New Albany Redevelopment Director Josh Staten confirmed that there has been significant commercial growth along the street in recent years, and added that the city anticipates there will also be more residential growth in the area. “Anybody that’s driven up and down there knows that with commercial growth, and with everything else we have going on, comes some traffic issues,” Staten said.

For Summers, the traffic study is a way to blend his studies at Speed School with his work for the city of New Albany. “We’ve been looking at ways to mitigate and improve the traffic flow,” he said. “Having this study through UofL gives us an ideal opportunity to see what could happen through an analysis, then monitor afterwards,” he said. 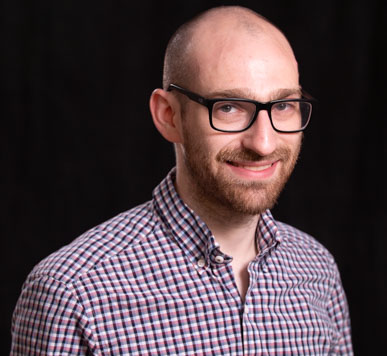 The study uses microsimulation software. “We develop a base scenario, and calibrate using real world data studies. From there, we develop a proposed reconfiguration that would modify some behaviors in the microsimulation and then do a comparison,” he explained.

From that data, Summers and Kluger can estimate how much total delay will be reduced and how often the queue is going to back up into the previous intersection. “With the microsimulation, it can be run 10,000 times and we take the average and are able to say okay, on a typical day, this is what to expect with new configurations,” said Kluger.

For the city of New Albany, that’s the expertise that UofL is bringing to the table in the partnership. “We are able to help with concrete numbers and estimates of what will change, and then after implementation happens, what did change,” said Kluger.

Summers said he and Kluger have a great working relationship. “We bounce ideas off one another,” said Summers. “Since we are dealing with a government entity and university entity, there is a lot of bureaucracy, and he has helped me get set up so this can run through as smoothly as possible.”

Kluger said he is excited about the opportunity to show the city of New Albany what UofL can do. “Hopefully, this is a springboard to more projects like this where we can do other evaluations for creative endeavors they may have,” he said.

For the city of New Albany, Speed School will help the city get increased visibility, said Kruger. “UofL goes to the Transportation Research Board and presents our results, we go to national conferences. The city will get a spotlight,” he said.

The results of the traffic study may also present novel solutions helpful for other municipalities, said Kluger. “It’s being able to show up with a study in hand that says this is how much better traffic is now, and you can show those numbers,” he said. “In civil engineering, in particular, you are serving the public. If the idea is really good and helps reduce traffic issues, then some other small city in Illinois or Tennessee could also try to implement,” said Kluger.

For Summers, as a PhD student and practicing engineer for New Albany, he is really excited about the project. “It’s the chance to work with the university, and be on the leading edge of a transportation problem,” he said. “It’s a unique opportunity for the city and also a unique situation for UofL. I’m glad to be in collaboration with both entities.”