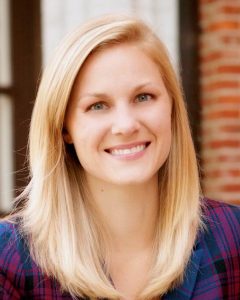 Megan Spencer is currently a Project Management Engineer at Boston Scientific in Spencer, Indiana. She received her degree in Bioengineering from the University of Louisville and has aspirations of completing an MBA in the future.

She is a strong advocate of continuous personal and professional development. In her time with Boston Scientific she has had the opportunity to be a part of new product launches in the areas of Women’s health and Endoscopy, to learn the “art of extrusion” and manufacturing and currently works to reduce product costs and improve quality by leading design and process improvements.

She has also had the privilege to recruit and work with co-op students from all over the country including the University of Louisville. Throughout these experiences, she has learned to be a strong mentor and leader in her field. When she isn’t scoping upcoming projects, Megan advocates the young professionals and women’s networks within the Boston scientific community. She also enjoys participating in the Corporate Athletic Challenge each year, and enjoys tennis and cycling.