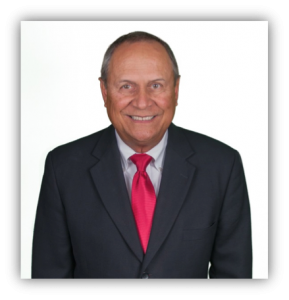 Jorge was born in Havana, Cuba, and raised in Colombia as a child and in Ponce, Puerto Rico as an adolescent. In 1973, he came to Louisville, Kentucky with a life-long friend that had studied in Louisville. That same year, Jorge enrolled at the University of Louisville’s Speed School of Engineering and by 1979 had obtained a Bachelor’s and Master’s degree in Civil Engineering.

Jorge started working for a small local civil engineering and land surveying firm, Jacobi, Toombs, Inc., following graduation in 1977. He became a partner in the firm in 1987 and the firm’s name was changed to Jacobi, Toombs and Lanz, Inc. In 1998, Jorge became the firm’s president and continues in that role to this day.

Jorge is committed to encouraging and supporting Hispanic and other minority engineering students. He is the past president of GLI’s Hispanic Latino Business Council, and remains a supporter of the University of Louisville’s Foundation, targeting funds in promoting Speed School’s advancement of minority students. He also served on the board of directors of One Southern Indiana, Goodwill Bridge Point Services, and the Community Foundation of Southern Indiana.

In his spare time, Jorge enjoys his 37-year marriage to his wife Teresa, is an avid golfer, enjoys playing music, exercising, supporting UofL sports and spending time with family and friends.