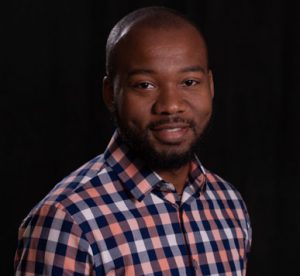 Jonathan Hughes, Director of Admissions at J.B. Speed School of Engineering, has received the Cardinal Principles Champions Award for Diversity and Inclusion. Hughes said he was honored and humbled to be recognized for the work, something he considers a collective effort to create an inclusive and diverse environment.

“It’s not just one person – to be acknowledged as leading the charge for the work we are doing is awesome,” said Hughes. “We are championing the principles and living up to the standard that UofL and the community holds for us. It is important for me to be a person who embodies that with all the external stakeholders we work with,” he said.

Nominated by the Dean’s Office, a support letter from Dean Emmanuel Collins highlighted some of Hughes’ achievements for which he has been honored.

Under Hughes’ leadership, Speed School experienced a dramatic increase in diversity of undergraduate recruitment between Fall 2019 and Fall 2020, with an 87% increase in the Black-American cohort and a 30% increase in the Hispanic/Latinx cohort. This accomplishment was further underscored by the fact that it happened during the challenging environment of COVID-19. “It was significant that even during a pandemic we were able to increase numbers and diversity,” said Hughes. “It shows that students felt comfortable enough to come to Speed School because they know we have their best interests at heart,” he said.

Hughes also enhanced diversity by building a more inclusive and comprehensive admissions process for students who have been historically disenfranchised by previous admissions policies as well as implemented a new transfer admissions policy for pre-engineering students. Pre-engineering students are disproportionately low socioeconomic status, first generation, and underrepresented minorities.   In his support letter, Dean Collins gave Hughes the highest recommendation for the award, not only listing Hughes’ many achievements in diversity and inclusion efforts, but praising the director for the “informal mentoring he provides students, the wisdom he provides to me as I seek to improve Speed School in Diversity, Equity, and Inclusion, and how he serves as a light in many other areas of Speed School. He is a champion in diversity and inclusion for Speed School and for the University of Louisville,” said Collins.

Hughes said one of the most meaningful aspects of the award for him was the recognition for the expansion of partnerships with community organizations and foundations, including two newer partnerships with Grace M James Academy of Excellence, Jefferson County Public School’s first all-girls of color STEM academy, and the Cabbage Patch Settlement House, a local non-profit Christian organization aimed to equip and empower at-risk children.

In addition, as faculty/staff advisor to the National Society of Black Engineers and advisor to Adelante Hispanic Achievers, Hughes said, “It is important not only to recruit students of color and underrepresented minorities but to create an environment where they can succeed. I want any young student in the state of Kentucky who is interested in being an engineer to think of Speed School, to see there is space for them and see it as the place they can go to achieve their dreams,” said Hughes. “That to me is what is most important about this award, that it represents that ethos and ideology.”