Each year the J.B. Speed School of Engineering presents professional awards in engineering in Chemical, Civil, Computer, Electrical, Industrial, and Mechanical Engineering and an outstanding young engineer in Bioengineering.

Nominees considered for this award should meet one or more of the following criteria:

Speed School is pleased to announced that Brown-Forman has been named Outstanding Corporate Partner for 2021. 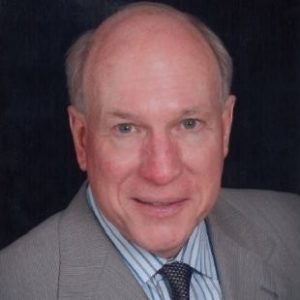 Brasch is a licensed Professional Civil Engineer. He retired from the University of Louisville in 2016, after 32 years as a Senior Construction Coordinator, overseeing many new building and renovation projects on campus.

Brasch was one of the most involved members of his undergraduate chapter of Phi Kappa Tau during his time on campus. He has been a vital connector for the University, providing outreach and assistance in Greek Life, serving on several student awards committees, and through his connections at the J.B. Speed School of Engineering. One of the most significant contributions Brasch has provided to the University of Louisville community was his efforts in leading the campaign to raise funds to build the new Phi Kappa Tau chapter house on Unity Place. He also led the campaign to establish the Morton Walker Endowed Scholarship Fund, memorializing his college mentor, Speed School Professor, and former Dean of Men.Bill and his wife, Pat Lang Brasch, a University of Louisville graduate, reside in the Louisville area. They have one son, William F. “Will” Brasch, Jr., also a University of Louisville alumnus.