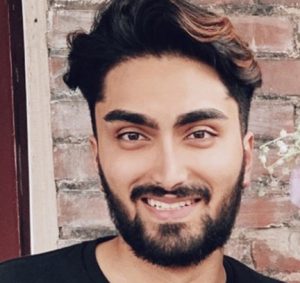 James Watters, a chemical engineering professor and one of Naethan’s mentors, taught and advised Naethan’s father in his studies at Speed School. In addition, Naethan’s sister, also a UofL alumna, was selected for her own Fulbright Award last year, traveling to India to teach English. Naethan said he is proud of his family’s accomplishment. “I think we may be the only family here at University of Louisville that had two siblings who have received the Fulbright Scholarship,” said Naethan.

The Fulbright U.S. Student Program offers research, study and teaching opportunities in more than 140 countries to recent graduates and graduate students. Administered in the U.S. by the Department of State’s Bureau of Educational and Cultural Affairs, the Fulbright program was established in 1946 to promote international goodwill through education and cultural exchange.

He currently lives in Knoxville, Tennessee, and works as a process engineer. Naethan said he knows that his Fulbright studies in the UAE, which are tentatively scheduled to start in January 2021 and run through August 2021, may well change the trajectory of his career and life path. “My life is moving in a totally different direction now,” he said.

“It’s really nice knowing that I have this opportunity to experience a new part of the world, a new people, a new language, a new culture, and after that, figuring out the person that I want to be,” he said. “I’m really interested in figuring out who I will become after Fulbright.”

Naethan’s specific area of study chemical engineering study will be conducting research under Dr. Taleb Ibrahim at the American University of Sharjah. “We will be studying novel methods for removing chemical waste that’s often found in waste streams in the petro-chemical industry. It’s an extremely difficult process because even minute concentrations are extremely toxic,” he said.

While this specific area of research is new to Naethan, he said his chemical engineering degree at Speed School has prepared him well for his new challenge. “Chemical engineers are able to better scale things to that industrial level,” said Naethan. “If we do come across a feasible and novel method for spent caustic removal, I can do my part as a chemical engineer to try to see if I can create a theoretical process, and an industrial scale process behind that.”

Naethan credits Speed School’s co-op program as one factor in his successful job search as well as his application for the Fulbright.

“When you graduate, you already have one year of professional experience under your belt. That’s something that not a lot of other programs offer, even extremely prestigious programs. So when you’re applying to jobs, it really gives you a leg up because you have actual field knowledge. I was able to sell myself to the Fulbright Committee because I had co-op experience in the petroleum industry. My co-op is also the reason that I decided to study Arabic.  A foreign language is not really required for Speed School students, but I thought it might open a few doors for me, and lo and behold, I was 100% correct. This experience is going to open so many opportunities and options for me in my future.”

Naethan said his encouragement from Speed School professors also convinced him to apply for this opportunity to study abroad. “I’ve known Dr. James Watters and Dr. Gerold Willing both for the better part of 10 years. They are so engaged and they open your mind to all the things that chemical engineering can potentially offer. They are really open to new techniques and methods.”

Willing, associate professor and interim department chair of chemical engineering, has worked with Naethan since his sophomore year of high school, where they conducted renewable energy research together. “His role in my life has transformed from research mentor to dear friend, and he shares in many of my accomplishments,” said Naethan. Willing said he was happy to be the connection point between Naethan and his UAE advisor Dr. Ibrahim. Willing and Ibrahim both graduated from the same program at Auburn University.

“This is a really good opportunity for Naethan, but I think it’s also a really good showing for UofL’s chemical engineering department as well, because it is our second Fulbright in two years,” said Willing.

“We are, whether or not people want to accept it, a multicultural society, so the more international experience our students have, the better off they are going to be as they move through their careers,” said Willing. “As a department, I’m hoping Naethan will come back and talk about his experience and maybe open up some other people’s eyes to try something like that,” he said. “Fulbright is such an immersive experience, and you gain perspective from that, and the countries our students are visiting are gaining perspective. That sharing is an important thing, especially these days.”

Learning Arabic, of course, has been an important step for Naethan as well. He said Professor Khaldoun Almousily, the program coordinator and instructor for the Arabic language at UofL, was responsible for motivating him in his Fulbright pursuit to the UAE. “He fostered in me not only an interest in the Arabic language but also an appreciation for the diverse culture and people.”

Professor Almousily said he is excited for Naethan to have this opportunity. “When you study abroad, you use the whole country as your classroom,” he said. “That makes it a hundred times more than just standing in a small classroom, three times a week, 50 minutes each class.” Almousily said, “Naethan came to class unaware of the opportunities ahead of him when he takes Arabic, but there are six thousand jobs right now on Indeed.com for those who speak Arabic.”

Naethan said he has done his research to prepare for his immersion experience. “I’m of Indian origin, and I grew up in the South of the United-States, so I’m used to being part of a different culture within a broader culture, so I’ll be an American there.”

His former experience with Organization for Assisting International Students (OASIS) at the University of Louisville, will also serve him well in his upcoming experience because he was assisting international students with understanding the different culture of the US.

“I’m going to leave all my preconceptions behind and go in there with an open mind. It’s a different culture and I’m going to try not to look at it through the lens of an American. I see the Fulbright as a way to become better at understanding and trying to create bridges between people with different cultures, different viewpoints,” said Naethan.

In terms of enjoying new cultural experiences, he said he looks forward to exploring the nearby city of Dubai. “It’s a testament to human engineering. It’s a gorgeous, amazing city where they built islands in the middle of the desert,” he said. He also happens to be a fan of Middle Eastern food. “It’s delicious, and they take food very seriously there.”

Naethan said he hopes to really become a part of his local community while he is at American University of Sharjah in the UAE. “I am attracted to the Islam pillars of community and charity. “I would like to join in extracurricular activities, causes such as Engineers Without Borders.” He is also interested in pursuing opportunities to mentor younger kids in STEM-related education there in schools in the UAE. “I have some experience in teaching and tutoring, and I definitely want to do my part in helping them find their path.

He identifies with being an ambassador of goodwill and change Naethan said. “Above all, I seek mental, cultural, and personal growth through Fulbright. 2020 has been a hard year for many of us. Right now in this country, it feels like we’re really divided, and I want to go over there and change myself, so that hopefully I can become a positive force in my community, wherever that may be.”