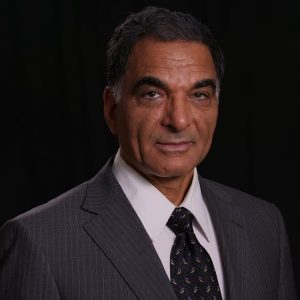 One in a series of several grants received from the NSF and the National Institutes of Health (NIH), this grant continues the momentum of work on this subject matter that has been ongoing since 2004. Statistically, colon cancer is second only to lung cancer for most deaths in the U.S. However, when it is detected and treated early, patients have a 95 % chance to recover. His research is focusing on an alternative to costly and invasive colonoscopies.

As Principal Investigator on the research, Farag is working on a novel way to visualize CT scans of the colons using a rig of virtual cameras navigating on the centerline of the 3D reconstructed colon. This approach is known as Fly-In. The camera arrangement in Fly-In enables Fly-Over (an early invention of Farag and his collaborators), which divides the 3D colon into two parts, which produces higher sensitivity and specificity than other techniques.

The invention, Fly-In, showed superior performance and ease of implementation for original Fly-Over and the OST.  It combines the advantages of various visualization methods and enables unprecedented flexibility of visualization. Radiologists’ evaluation on actual Computed Tomography Colonoscopy (CTC) scans of 50 clinical cases showed that Fly-In provides state-of-the-art performance in terms of sensitivity and specificity of colonic polyp detection, above 5 mm in diameter.

For Farag, the project has been a gratifying venture. “We’re using image processing, vision, graphics computation, computational geometry, and machine learning and so it’s basically a very fun problem to work with, and also extremely rewarding because it eventually helps with a major health issue – colon cancer,” he said.

Fly-In, which received patent approval in October 2021, offers enormous potential to be applied and make an impact for the health care industry. “In rural areas, for example, they may not have skilled radiologists who can read the scans, but we can grab the CT scan over the internet through a server, then send through a network of skilled radiologists, nationwide or worldwide for that matter, explained Farag. “They can do the reading and send it to the primary care doctor, and we can let the patient know if they are okay or need to do a procedure to solve the problem.”

Farag said that as they continue to advance the research for robust early detection of colon cancer using minimal radiation, and coordinate CTC with Optical Colonoscopy to remove polyps, they are making protocol for this technique, so that providers and technicians will ultimately be able to perform it in a widespread, large scale and regular fashion.

With the support of the NSF grant, Farag said they can continue this ground-breaking research to explore machine learning and artificial intelligence approaches in early detection and treatment of colorectal cancer and explore applicability of this computer-aided technology to other organs. “We have over two decades experience with chest imaging for early diagnosis and detection for lung cancer and have worked with neuro-endoscopy to assist neurosurgeons in image-guided brain surgeries,” he said. In short, the new NSF grant helps sustain R&D at the Computer Vision and Image Processing Laboratory (CVIP Lab) aiming to have a real positive impact on healthcare.