August of 1970 was a whirlwind for Chuck as he: 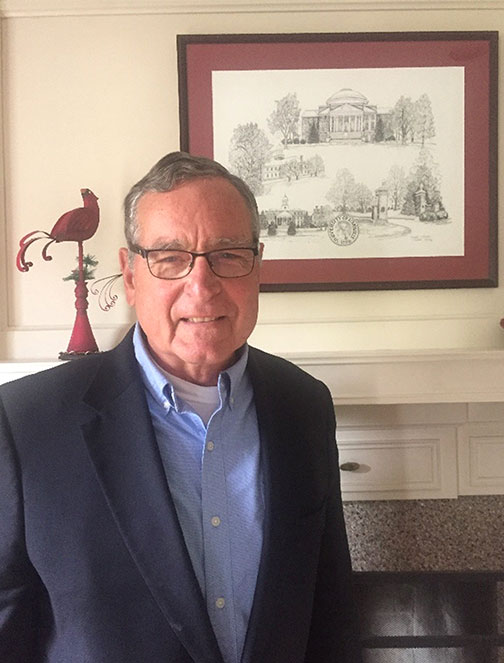 Chuck chose Manufacturing as he wanted to see and learn the effects of science & technology on factory workers and how to teach and apply technology in ways that were meaningful and effective. All of Chuck’s other job offers at the time were either in engineering or R&D.

Chuck spent 2 years in Cincinnati Crisco Packing and 3 years in Portsmouth, VA in Jif Peanut Butter Manufacturing where he was Making Dept. Manager, Lab Manager, and Quality Control Manager. Portsmouth was P&G’s smallest plant so one had to take on a lot of responsibilities @ one time. A great learning experience.

Chuck made the decision to transfer from Manufacturing into Research & Development after his Portsmouth assignment. From 1975-1984, Chuck had US R&D assignments in Shortening & Oil, Pringles, and Duncan Hines, including New Brand Startups in 2 different plants.

Because of his breadth of experiences in Food & Beverage, Chuck was assigned to International Technology Coordination (ITC) in 1984 where he had responsibilities for:

Chuck remained in that role for the rest of his P&G career, retiring from the Company in June, 2004 when P&G made the strategic decision to exit the Food & Beverage Business. His P&G role & responsibilities allowed him to maintain his home and office in Cincinnati but travel extensively to P&G’s in-country operations and regional headquarters.

During those 20 years in ITC, Chuck’s team did D & TT for: Crush-International (10 Countries), Splendid Coffee (Italy), Sunny Delight (the UK, France, Germany, & Spain), Valensina & Punica Juices & Drinks (Germany), Star & Dari Crème Margarines (the Philippines), Choco Milk (Mexico) – to this day, the only product ever endorsed by UNICEF, and NutriStar, a new Brand his team created & developed (Venezuela, Mexico, & Nicaragua). It was in working on the latter four Brands that Chuck learned that Nutritional Bio-Science focused benefits could bring growth opportunities to P&G, but more importantly, significant quality-of-life benefits to the world’s consumers.

Chuck became active inside & outside of P&G in forming Public/Private Sector partnerships to work micronutrient issues around the world, particularly in developing countries. Chuck was P&G’s corporate representative in the founding of two separate not-for-profit Non-Government Organizations (NGO’s):

Chuck also served on the Advisory Board for Emory University’s International School of Business where PAMM was headquartered.

During his P&G years, he played banjo and mandolin in a local folk/bluegrass band, “The Mutual Funs”. They played private events, clubs, and did County Fairs. This lasted from 1975-1981 when he had to “retire” from the band due to family and work priorities.

After his P&G retirement, Chuck and two other ex. P&G colleagues formed OTC Nutrition, LLC in 2006, primarily as an R&D, Consulting, & Brand creation operation. They added manufacturing capability by creating Arch Nutraceutical, LLC in 2016. They have one new clinically proven Bone-Building Brand ready to launch and numerous other products developed and ready to test that are aimed at things such as:

When not working on OTC Nutrition business, Chuck formed his own consulting Company in 2005. He had projects with Martek (now part of DSM) on reducing oxidation & extending shelf-life in Omega-3 fatty acids; Coca Cola (new product creation & R&D project management tools); the not-for-profit (NFP) Academy for Educational Development (an assessment of the food & nutrition business in the country of Vietnam), and with the NFP organization, PATH, International. (“Super Rice”; a fortified rice-based product in India).

Chuck also coached high school girl’s lacrosse from 2001-2017 @ Ursuline Academy in Cincinnati. He got this “job” when his then Freshman daughter Brittany came home and said: “Dad, they have no Freshman coach; I told them you would take the position”.

Although Chuck’s son, Zach, was a 2-time All-American Lacrosse player @ Ohio Wesleyan University and later played professionally, Chuck found out the men’s and women’s games were totally different in rules, equipment, and techniques. Knowing nothing about the women’s game and with the internet being very new, he had to find books, other coaches, and former players to learn how to teach and strategize the game. During his tenure, he was head JV coach for 4 years, winning 2 league championships and then he became a Varsity assistant coach and defensive coordinator (5 league championships).

Chuck stated that he tried full-time retirement for about 6 months and didn’t handle it well. He has decided he will work as long as his mind and body let him, balancing those responsibilities with spoiling grandchildren.