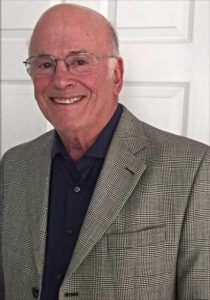 Born and raised in Louisville, Barry attended Atherton High School. He earned a BS in 1961 in Chemical Engineering from Speed School and continued his education at UofL’s School of Medicine where he graduated with honors in 1966.

Prior to going into private practice in Louisville, Dr. Stoler completed residencies at Washington University – Barnes-Jewish Hospital, St. Louis, MO, and the University of Louisville Hospital. He worked for the US Public Health Service Center for Disease Control (CDC) in Atlanta, GA, and completed a fellowship at UofL’s Department of Pulmonary and Critical Care Medicine. He has specialized in pulmonary disease, and internal medicine for more than 50 years.

In honor of his father, Dr. Stoler established the Max A. Stoler Memorial Award, which is presented to a graduating Chemical Engineering student with outstanding academic achievement, leadership and integrity at Speed School’s annual Honors & Awards program each April.

Dr. Stoler and his wife, Sandra, have two daughters, Christina and Kim, two sons, Robert and Kevin, two grandchildren, Garrett and Daniel, and a nephew, Max.