Alumnus Brings His Flavor of Entrepreneurship to Restaurant Industry 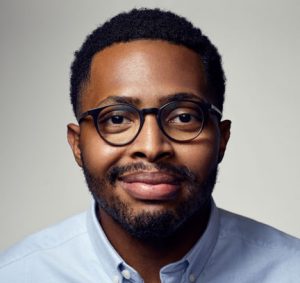 Louisville native and Speed School alumnus Jeremiah Chapman jokes that his school career just kept him moving down the same street as he walked from Noe Middle School to Manual High School and then across to the University of Louisville campus.

He still walks the streets of Louisville now, but today it’s his own path as an entrepreneur, CEO and Founder of FreshFry, a successful company that makes a pod that recycles and prolongs the life of cooking oil for fast food restaurants. It can save heavy users of cooking oil thousands of dollars yearly in key operational costs.

“Our product removes the things that make your oil taste bitter, smoke, and turn dark,” said Jeremiah. “We’ve found a way to put a pod in the oil overnight to remove impurities, so people are throwing away less oil and using less labor to clean it just drop a pod in, saving time labor and money,” he said. “I believe a truly sustainable product should respect the people using it, respect the planet it’s coming from and respect the profit that could be made for the businesses to stay afloat. Our product looks across the entire spectrum.”

Jeremiah wasn’t always sure of the path he was taking. In high school, he almost failed chemistry at one point. By graduation, he had turned it around enough to be accepted at Speed School and awarded a Woodford R. Porter Scholarship, an award for African-American students, with additional monies from the National Society of Black Engineers.

He was interested in the idea of chemical engineering as a specialty fairly early on, being an acknowledged foodie. “I liked to cook and it felt a lot like cooking, and it was something where I could make money, so I thought let’s try it.” He and his sister, a UofL nursing school graduate are first generation college students.  “I wanted to take the most logical and secure approach to go into a discipline that would make enough money where I could feel stable and safe,” he said.

It was at Speed School that his cooking oil idea first germinated. “My first independent project was taking oil from Wendy’s on campus and trying to make viable bio-diesel from it,” said Jeremiah. “They were throwing away a lot of oil and I wondered if I could make a valuable product from it and make money from this. It was the testing ground on what it would be like to be an entrepreneur,” he said.

After graduation, Jeremiah ventured into industry at Zeochem.  In 2015, he was selected for Forbes Magazine’s 30 Under 30, “a celebration of millennials who are out to change the world with innovations, energy and persistence.” The prestigious award includes 600 men and women under the age of 30 across the country from various categories, including Jeremiah’s category of Manufacturing & Industry.

After three years in industry, he felt the pull to go in another direction, despite the security of the job. “I was finally getting to that point where you can make a meaningful impact, not only for you but for your family,” he said. “So when I told my supervisor I was leaving, I felt like I was having an out of body experience. Here I was, watching myself quit this thing that was bringing stability,” he said.

“But you don’t know what you don’t know until you’re exposed to what’s out there, and I remembered being exposed to entrepreneurship through another Speed School student. I realized how much I had really enjoyed that process of having control of a project by creating a small company around it, and just going for it.  I just kept wondering what it would be like if I didn’t try. I thought, ‘Well, if you fall on your face, you’re still an engineer with great experience’,” he said.

In 2016, Jeremiah started his company with two clients. An opportune hallway meetup with a visiting Sysco President in 2018 resulted in FreshFry getting a pitch meeting at Sysco corporate headquarters, where he landed a successful national contract. In a matter of months, Jeremiah’s company went from one distribution center to 73 centers. Currently, FreshFry has four employees, and according to Jeremiah just closed a fundraising round of gross capital of $3.25 million in order to grow his team to accommodate all the new work.

How has COVID-19 impacted his business? “We service restaurants, so our hearts go out to those clients. We know some of those restaurants aren’t going to reopen, and that is difficult. But what it has shown us about our business is that our value proposition is increasing by the day. We are trying to bring something meaningful to those operators that are staying open to fight the good fight.

What does Jeremiah like to do when he takes off his CEO hat at the end of the day? Not surprisingly, he likes to cook a lot. “I say I like to stay active, but I stay active so I can cook and eat more,” he said.

As for his Speed School days, Jeremiah said he appreciates them more the longer he is gone. “It was a grind,” he admitted. “My most favorable memories are from getting Denny’s after an exam or project was over, but I have to say it did prepare me in multiple ways for my career,” said Jeremiah. “With co-ops, I had exposure early on to what would be expected from an engineer and what work flow would look like. Most importantly, I learned how I prefer to work and what my work habits are. That is a home run to have, before getting into the workforce because once you are in the workforce, the level of work changes but your habits don’t.”

But surprisingly, or maybe not surprisingly, the entrepreneur said the biggest impact Speed School had involved facing criticism sometimes hard to hear. “I am grateful for the professors and even managers on co-ops who, when I needed it, told me to shape up. I have to say to them, thank you, that was the biggest help.”