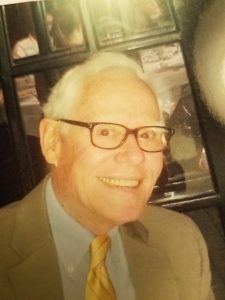 Over a 35-year career in the Telcom industry, Jack led the team that introduced the 11th and 12th buttons (* and #) on the Touchtone telephone, oversaw the development of the first econometric model of demand on the nationwide long distance system, and was responsible for the design and implementation of the first commercially available high speed data service in the United States that was provided entirely with fiber optic technology. He led the introduction of Geographic Information Systems for spatial analysis of demand and supply for complex data and information services, and introduced scenario planning in the Telcom industry.

After his retirement from BellSouth in 1993, Jack worked with the Global Business Network in Emeryville, California, until 2006, providing scenario and strategic planning support to clients throughout the world. In 2013 Jack published his book, “The Future of The Mind; the New Mind’s Eye,” which projects the future evolution of the human mind as a consequence of the intense interaction of the brain and cyberous systems. Jack has four children and ten grandchildren. He now enjoys life with family and friends in Louisville.