Paulin's impact is evident across campus 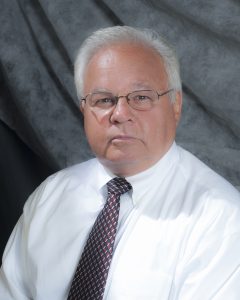 Norb received his Bachelor of Civil Engineering and his Master of Engineering from UofL in 1970 and received his PE license in Kentucky in 1974. He has been actively involved with UofL through the Speed Alumni Council, the Alumni Association Board of Directors, the 1970 Golden Reunion Committee (including the establishment of the JB Speed Golden Alumni Scholarship Endowment), and is currently on Speed School Centennial Celebration Planning Committee.

Norb began his career in structural engineering design in 1970 with Hummel Engineering and remained with the engineering company for eight years. During this time, Norb was involved in the structural design of various projects throughout the area, including UofL’s Interfaith Center, Davidson Hall, and the School of Music.

In 1978, Norb joined KFC’s Engineering Department as a Project Engineer in charge of their massive remodel program. Throughout his career with KFC, he held several positions, including Director of Engineering and Director of Construction. During the late 1980’s, KFC became a part of Pepsico, which also owned Taco Bell and Pizza Hut. After a reorganization combined the Development organizations of KFC, Taco Bell, and Pizza Hut under the Pepsico Restaurant Services Group, Norb became Director of Real Estate and Construction for the Midwest. He continued this role after Pepsico spun off all of the restaurants, which became YUM! Brands. He was with the restaurant companies for 32 years in total, through many reorganizations and acquisitions, and retiring from Yum! Brands in 2010.

Norb and his wife, Karen, also a UofL Business and Law alumna, reside in Prospect and have a combined family of five children and five grandchildren. Norb is a boating enthusiast, a golfer, and travels both domestically and internationally.