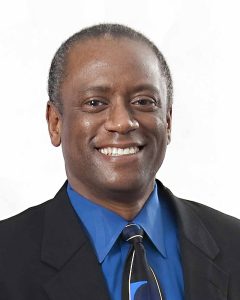 Rudolph (Rudy) C. Lewis has been Vice President of Systems Modernization and Sustainment at Raytheon since 2012. Lewis holds Bachelor’s and Master’s degrees in electrical engineering from the University of Louisville. He is a member of the National Society of Black Engineers (NSBE), the Institute of Electrical and Electronics Engineers (IEEE), the Association of the US Army (AUSA) and the National Defense Industrial Association

Prior to Raytheon, he served 11 years with ITT Corporation and 14 years at Lockheed Martin, Martin Marietta and General Electrical  in various senior leadership roles.   He also held several technical positions with Hughes and Bechtel.

Throughout his career, Lewis has had direct operational experience in the business development, engineering, manufacturing, contracts, customer service and marketing communications disciplines. He has extensive experience in both domestic U.S. and international markets, including technology development and insertion for more than 15 countries including Canada, Mexico, Morocco, England, Ireland, Germany, Austria, Turkey, Egypt, New Zealand, Australia, and many more. Rudy is married to Rosalind, also a Speed School graduate, and they have two sons, Damon and Desmond.