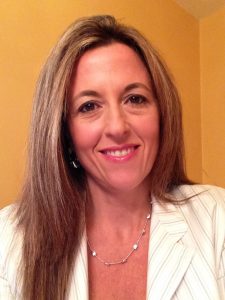 Angela Ciliberti-Riedling is currently Sr. Director of Information Systems at RehabCare, a division of Kindred Healthcare based in Louisville, Ky. She received her B.S. in Engineering Mathematics and Computer Science in 1993 from J.B. Speed School of Engineering, M.Eng in 1994.

In 2014, Ciliberti-Riedling oversaw the completion of the rollout of iPad mini devices to RehabCare’s therapists as part of the therapy management solution to capture patient services and as the payroll system for their therapists. Ciliberti-Riedling is now integrating RehabCare’s therapy management system with hospital and nursing center Electronic Medical Record (EMR) systems with over 500 interfaces already in place.

While at Kindred, Ciliberti-Riedling has led the rehab customer support team, clinical systems development teams for both the rehab and nursing center divisions, and multiple acquisition teams through the integration of disparate systems.