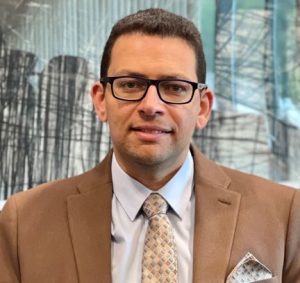 Doctoral student Ahmed Shaffie recalls the suffering of his late aunt due to cancer.

“It was tough on the family, not knowing what to do and just waiting for treatment to begin. Even the treatment is tough on the patient,” he said. “Every time I heard about it, it was the case that the cancer was discovered very late.”

He wasn’t sure what he could do as a computer science engineer in the area of cancer prevention, but he knew he wanted to do something, so when he got the opportunity to work in the Bio-imaging Lab, he leapt at the chance.

Now Shaffie, who is a Ph.D. candidate at the Computer Science and Engineering Department (CSE) and a research assistant in the Bioengineering (BE) Department, has been awarded John M. Houchens Prize, which honors a former registrar of the university and is awarded to the doctoral student who presents the most meritorious dissertation for the current commencement.

Shaffie’s efforts have resulted in multiple honors and awards, 16 published conference papers, three journal papers, two book chapters, and six abstracts as well as a patent on the computational model he is using for early, accurate detection of small lung nodules. Recently, Shaffie began a new job as a postdoctoral in the bio-imaging lab to allow him to continue his lung cancer diagnosis research and try to apply it to other organs such as kidney and liver.

Shaffie said he is grateful for the guidance and inspiration provided by his two mentors – Professors Adel Elmaghraby of Computer Science & Engineering, and Ayman El-Baz of Bioengineering.

“Professor El-Baz gave me the opportunity to join his team and he saw the passion in us even when we could not see it in ourselves,” he said. As for Dr. Elmaghraby, his first words to me were when he told me the one rule in research was that the only limit is your imagination. I carry these words with me work and life. They have really had an effect on me.”

Shaffie, who completed his B.S. in Computer Science and Automatic Control in 2005, and his M.Sc. in Engineering Mathematics in 2012, both from Alexandria University, Egypt, plans to finish his PhD at UofL and return to his home country of Egypt, bringing his knowledge of both computer and bio-engineering with him to help citizens there. When he won the Houchens Prize, both the University President and Dean of Engineering from Alexandria reached out to congratulate him.

“That meant a lot to me,” he said. “This award emphasized that my research has a good impact on society, which is the main goal. This research always begins when we want to know and understand something, but has no end.”