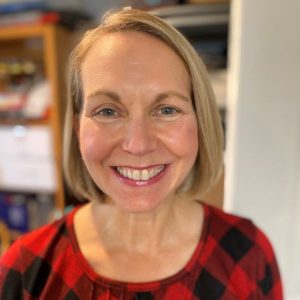 Candace “Candy” Gilbert Medina has received the 2021 Alumni Professional Award for Mechanical Engineering. A native of Chicago, Candy moved to Louisville in 1970.

With a BS in Science and Masters of Engineering from Speed School in 1980 and 1981, respectively, Medina also obtained her Master of Business Administration from Bellarmine University in 1989 and her Professional Engineer designation from the state of Kentucky in 1994.

Her career started as a project engineer at Celanese Corporation, a chemical plant in Louisville, where she served as maintenance and engineering manager. Medina said her degree in ME from Speed School was a versatile discipline that helped her across the engineering spectrum.

“While it seems like chemical engineering would be divergent, my academic background was very useful in that setting, since I was designing and installing reactors, pumps, tanks and piping systems,” she said.

In addition, Medina’s co-op experiences lent her other knowledge and skills that guided her career trajectory. “I spent all three internships at a local company, learning cost estimating and visiting manufacturing sites all over Louisville,” said Medina. “I attribute my organizational skills and my affinity for cost accounting to that experience.”

In 1994, Medina made the career transition to GE Appliances, and in her six years there became certified as a Six Sigma black belt, and held positions as an advanced manufacturing engineer and commercial quality leader. In 2000, Medina founded her own management and engineering consultant firm, CGM Associates, LLC, and was president of the company until her retirement in 2021.

Medina believes in giving back to her community and helping young people learn the value of altruism. In 2005, Medina became one of the founding developers of the Louisville Youth Philanthropy Council (LYPC), an organization that teaches experiential philanthropy to high school students. She is also Executive Director of The Gilbert Foundation, a family foundation that has been making philanthropic grants to non-profit organizations in the Louisville area since 2002. She lives in Prospect, KY with her husband, Roger, who is also a graduate of University of Louisville’s Speed School (Chemical Engineering).