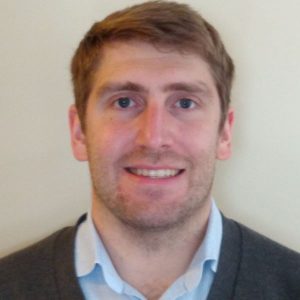 Dr. Patrick McClure has been awarded the 2021 Alumni Outstanding Young Engineer Award in Bioengineering. As a student at University of Louisville, he was the top student in his Bioengineering class, winning both the Jerry and Pat Sturgeon Excellence Award and the Barry Goldwater Scholarship for his academic and research achievements as an undergraduate.  After receiving his MEng at Speed School in 2013, McClure was awarded a scholarship to attend the University of Cambridge, (UK) for a PhD focusing on computational neuroscience.

The research that Patrick conducted as an undergraduate, graduate student, and a research professional has been published in high-impact venues, including Neural Information Processing Systems, one of the most prestigious machine learning venues.

In addition to his academic and research success, McClure has repeatedly used his experiences to tutor and assist students in achieving academic excellence, including working with the National and International Scholarship Office to prepare students for competing for national and international awards and scholarships. He has also returned to UofL multiple times to give talks on his research and experiences to Speed School students from both the Bioengineering and Computer Science and Engineering departments.

“The most memorable part of my Speed School experience was the professors that cared about me both professionally and personally,” said McClure. “The ones that made the most impact were Dr. Melvin Maron and Dr. Ayman El-Baz. Their mentorship inside and outside the classroom motivated me as a student, and still motivates me today.”