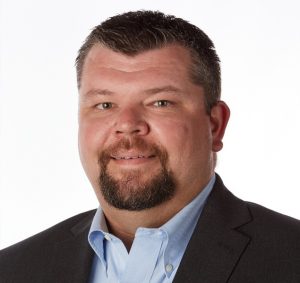 Matt Pulley received his BS in Industrial Engineering and Masters in Engineering from University of Louisville’s Speed School of Engineering. He began his professional career at General Electric (GE) as a graduate of its Operations Management Leadership Program in 2010. This program helped propel him in multiple facets of Supply Chain Management, Leadership Development, and Operational Excellence.

“Speed School was the first stepping stone in my career path. The co-op program was able to help jump-start my career and gave me real world examples of how to apply the classroom lessons,” said Pulley.

While at GE, he continued to not only apply lessons learned from Speed School, but also to refine those skills, as he progressed through various locations and leadership roles with increasing responsibility in Operations and Supply Chain Management.

“Speed School’s rigorous academic push really helped me understand the need for continuous learning,” he said. “No matter what role or what team I’ve worked on, you have to be willing to keep learning, and learning about things outside your current roles.”

During his time at GE, Matt expanded his learning to earn his Green Belt (2009) and Black Belt (2013) in Lean Six Sigma, and an APICS Certification in Production and Inventory Management (CPIM, 2014).

In 2017, Matt returned to the Louisville area, to join the Amazon operations team in Jeffersonville, IN. Currently, he is the General Manager of the Jeffersonville facility which operates as a customer fulfillment center, helping to ship thousands of packages each day.

As a business leader in several communities, Matt has helped serve in multiple capacities to give back and is currently serving on the Board of Directors for the Greater Clark County Education Foundation. Since his time at Speed School, he has volunteered numerous times for his national fraternity (Triangle Fraternity) by leading seminars and leadership development sessions to help future leaders in STEM fields.

Among other professional honors, two of Pulley’s most cherished awards are his 2008 JB Speed School of Engineering Young Alumnus Award and 2006 Kentucky Association of Colleges and Employers Most Outstanding Co-op of the Year. He said both honors bring back great memories of his time at U of L and the opportunities that were given to him thanks to the rigors of Speed School.

“I always enjoyed how the Engineering School felt like its own little ‘village’ of the University,” said Pulley. “Between engaging in the Speed School Student Council, and other various campus activities, it always felt like a home away from home.”

Pulley said he is very thankful for this Alumni Professional Award, and proud to represent the Industrial Engineering program at Speed School. “This is a special time for me,” he said. “It helps to validate the hard work that I and my family have put into my career since graduation. Often, the importance of having supportive family and friends in order to be successful, can be overlooked. My wife and family have moved numerous times to help me gain different experiences and lessons to continue my career growth,” said Pulley. “This is as much an award for them as it is for me.”